The 112 Day will be celebrated again on 11 February

Spread the word about the theme day on social media, at your workplace or school, or in your hobby club or organisation.

Let's create the feeling of safety together.

Let's create the feeling of safety together

112 Day is a Finnish nationwide campaign to raise people’s awareness of what everyday safety is and how it can be promoted.
How to participate

In case of emergency, call 112

When to call 112? If you have an emergency or you need urgent assistance from the authorities If you know or suspect that somebody’s life, health, property or the environment is under threat or in danger
Emergency number 112 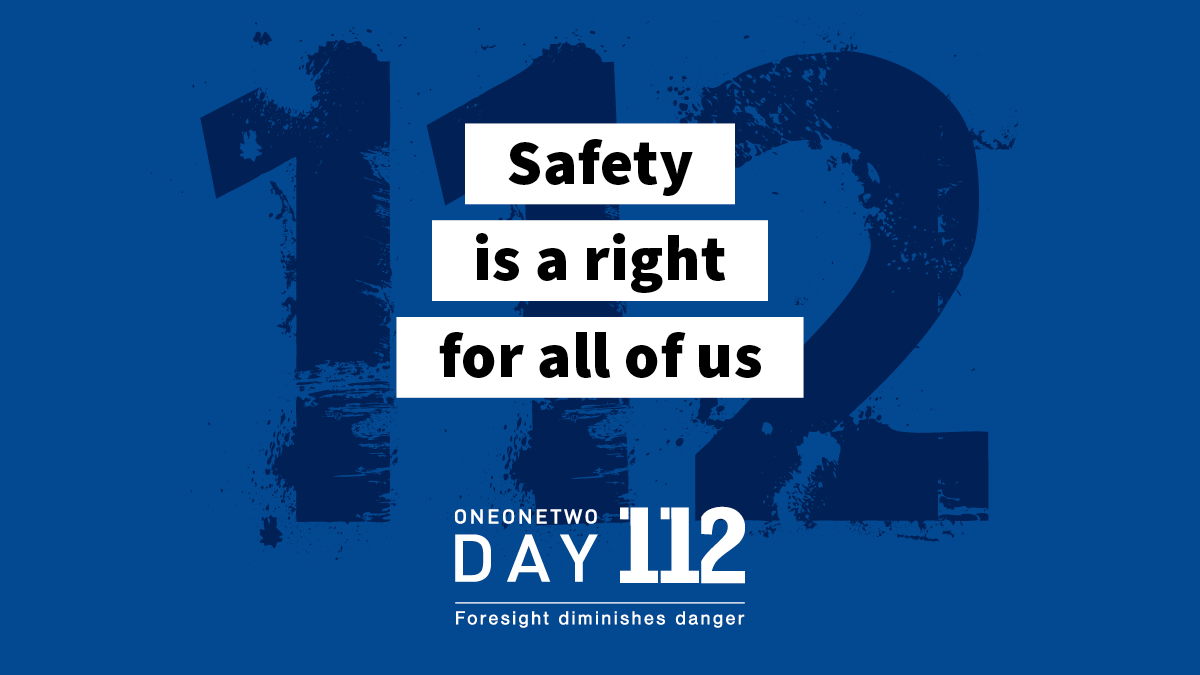 The EU-wide Emergency Number Day will be celebrated on 11 February 2021. This year, the campaign will be organised virtually under the theme “Safety belongs to all of us”.

According to Communications Specialist Katri Kalliomäki from the Emergency Response Centre Agency, the purpose of 112 Day is to promote citizens’ safety awareness and a positive attitude. 112 Day also reminds us of the European emergency number 112 and of what to do in an emergency.

-    On the national 112 Day, various safety actors provide citizens with information on everyday safety, risk prevention and proper conduct in an emergency. The purpose of this year’s theme is to emphasise equality, as all people should have the right to security, regardless of matters such as their social status, language, limitations, origin or place of residence. It takes all of us to create security.

The purpose of this year’s theme is to emphasise equality, as all people should have the right to security, regardless of matters such as their social status, language, limitations, origin or place of residence. It takes all of us to create security.

112 Day events have been held annually all around Finland but, due to the pandemic, the campaign is now being held virtually for the first time. 112 Day is celebrated on 11 February, and the campaign runs for the whole week.

-    “On 112 Day, anyone — a private individual, school, workplace, hobby group or association — can share valuable safety information to celebrate 112 Day. In addition, we encourage everyone to participate in the Thank You challenge launched by the European Emergency Number Association, in which anyone can thank safety actors by using the hashtag #thankyouchain. The chain of helping includes thousands of people who do valuable work for safety. We want to challenge you to thank the chain of helping,” Kalliomäki says.

How to participate in the virtual 112 Day

•    Share security information in different channels with the hashtags #112paiva #112dagen #112day
•    Use the social media images available at 112-paiva.fi
•    Take part in the Thank You challenge and thank your helpers in social media.

The test is carried out by the Finnish Broadcasting Company YLE, Digita Oy and the Emergency Response Centre Agency.

•    112 Day is a joint campaign of Finnish safety actors to improve safety in everyday life.
•    The 112 Day has already formed into a tradition, and has been celebrated in Finland since 1997.
•    The campaign’s day annually is 11 February, and the campaigns lasts a week.
•    In 2008, Europe celebrated its first shared 112 Day.
•    Minister of the Interior Maria Ohisalo is a patron of the campaign.
•    Anyone — a private individual, organisation, hobby group or association — can share valuable safety information during the campaign week.
112-päivä