In the present ERC Agency 2021-2024 strategy, we describe the objectives and measures that will ensure that we can provide high-quality, reliable and equal ERC services.
Strategy 2021-2024

The biggest benefit of the app is that it makes it quicker to get help to the scene of an emergency. The caller’s exact location is automatically relayed to the ERC, which speeds up emergency call handling.
112 Suomi application
null Emergency number 112 introduced in the EU 30 years ago
FI Valitse pääsisällön kieli SV Välj språk för huvudinnehållet EN

Emergency number 112 introduced in the EU 30 years ago 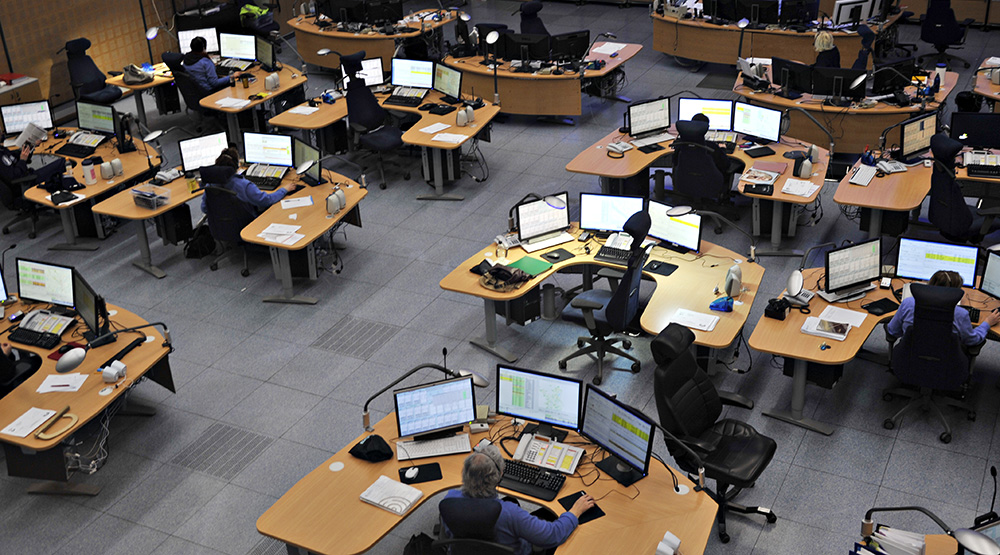 In July 1991, the European Union decided to introduce the common emergency number 112. Its purpose was to supplement national emergency numbers and make emergency services available through one and the same number in all EU Member States.

The need for a single emergency number in the world developed in the early 20th century at the same time as the development of telephone traffic and urbanisation progressed. The world's first emergency number 999 was introduced in London in 1937. Prior to that, from 1927 onwards, the police, medical transport and fire brigade could only be contacted by telephone through a switchboard operator employed by the Post Office and by asking them to connect the emergency call to the relevant authority. However, the arrangement was slow and easily congested, especially in emergencies.

Since 2003, telecommunication operators have had to transmit caller location data to the emergency centre or emergency response centre, depending on the country. Since 2006, at the initiative of Telecommunications Commissioner Viviane Reding, the EU Commission has initiated EU-legislation infringement proceedings, e.g. against 14 Member States due to the lack of location data.

In 2009, 112 became the official European emergency number. One year earlier, 11 February was declared the common European 112 Day, in accordance with the Finnish model. On this date, the intention is to make the EU common emergency number 112 known in all Member States through various communication measures. There are major country-specific differences within the EU in the functioning and awareness of the emergency number and the languages in which emergency callers can be served.

The Emergency Response Centre Agency was established in 2001, after which various methods have been developed for the reception of emergency notifications, including the 112 Suomi mobile app, the emergency text message to the number 112 and reporting emergencies in Finnish sign language, which is currently being tested.

In Finland, emergency response centre services have been developed stately for 20 years. The Emergency Response Centre Agency was established in 2001, after which various methods have been developed for the reception of emergency notifications, including the 112 Suomi mobile app, the emergency text message to the number 112 and reporting emergencies in Finnish sign language, which is currently being tested. Many other reforms have been carried out along the way, but the most significant is the networked operating model introduced in Finland, which makes it possible to receive emergency notifications and alert the authorities from all six emergency response centres in mainland Finland.

1972 – The number 112 becomes a general emergency number around the world due to its ease of use and clarity. The three-digit series is easy to remember.

1998 – Under EU rules, Member States must ensure that all users of fixed and mobile phones can call 112 free of charge.

2002 – The emergency number 112 becomes mandatory for all EU Member States.

2008 – In February, Europe celebrates its first common 112 Day. The European Commission, together with the European Parliament and European Council, has declared 11 February as European 112 Day to broaden recognition of the emergency number 112 across the EU. In June, the EU Commission publishes a website for 112 (ec.europa.eu/112), containing information for travellers in the EU in all official EU languages.

2015 – In June, the Emergency Response Centre Agency introduces the 112 Suomi mobile app. When calling the emergency number 112 via the app, the location of the emergency call is automatically forwarded to the emergency response centre.

2017 – Emergencies can also be reported by sending a text message to 112. The service requires pre-registration.

How to use ERC number 112 and other materials and instructions.
Search for materials

112 Suomi is a mobile application for calling the emergency services and for emergency geolocation.
More about application