Journey from hundreds of emergency centres to a government agency

The roots of the current emergency response centre (ERC) activities can be found in an extensive survey conducted in 1991. At that time, there were a total of about 100 police emergency centres and...

“I wonder if this would be a vocation for me,” Margareta was thinking at the time.  In the spring of 1983, Margareta’s father called her daughter, informing that a good job opening would be...

Lasse Matilainen, Head of the Control Centre of the Emergency Response Centre Agency, says that the aim of the cooperation is to speed up and improve the efficiency of accident investigations. ...

Financial statements for 2020 have been published

As a whole, the emergency response centre services were provided in high quality and the operational performance remained at the level required by the performance targets. The target response times... 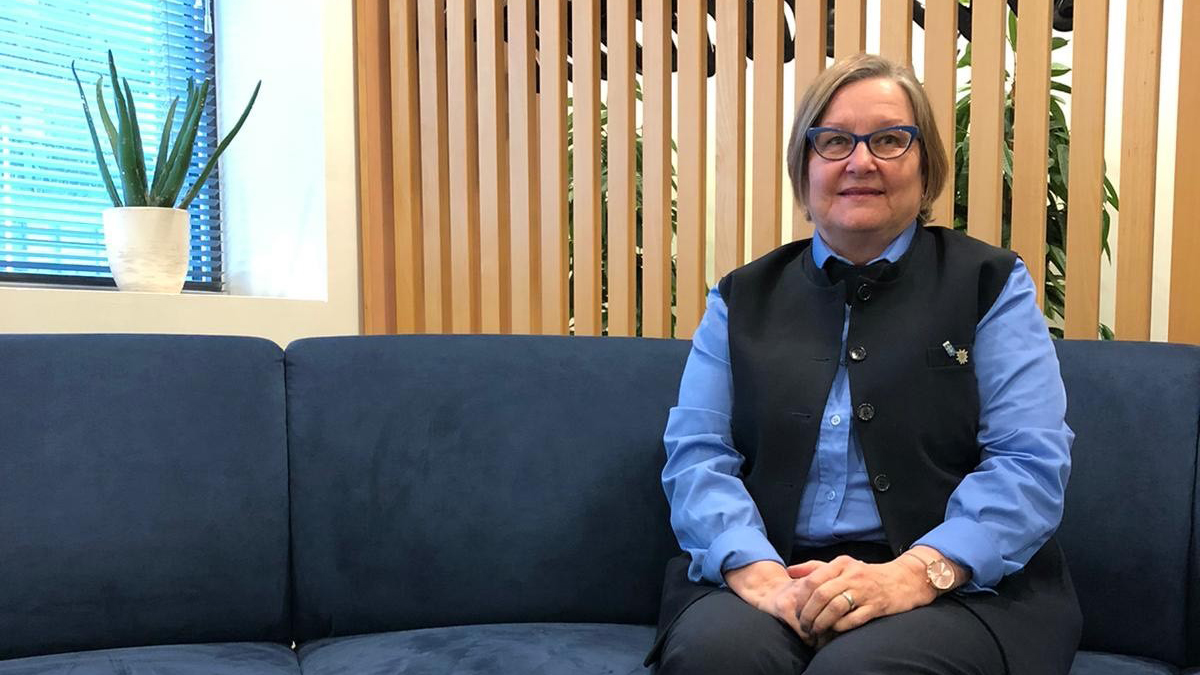 Emergency response centre operator Margareta Ådjers-Laakso, just Reetta between her colleagues, has had a nearly 40-year career in the Emergency Response Centre. The work that started with pens and notebooks has changed over the years along with technology and structural reforms. One thing, however, has remained constant: helping those in distress.

“I wonder if this would be a vocation for me,” Margareta was thinking at the time.

In the spring of 1983, Margareta’s father called her daughter, informing that a good job opening would be becoming available in Kristiinankaupunki. He felt that this could be a job until retirement for his daughter. Father really knew his daughter, because she got the job and is still on the same path.

“The most significant change during my career has got to be the transition from using pens and paper for doing the work. At the time, knowledge of the local surroundings also played a major role, as all locations did not necessarily even have street names. Today, all six emergency response centres operate together as one single virtual centre, and an emergency call made from Hanko may be received anywhere in Finland. In addition, we are able to locate a phone within an accuracy of meters on the sea or on the fells up north,” Margareta says, describing the change in her work.

In her work, she has been motivated by the varying nature of the work, because in an emergency response centre, you never know what kind of a shift you have ahead of you. This was demonstrated in 1994 by the sinking of the M/S Estonia. At the time of the accident, there were 989 people on board the ship, which sank in less than an hour, and only 137 passengers were rescued.

The Estonia accident is the most significant event of my career, and it has had a big impact on me.

“The Estonia accident is the most significant event of my career, and it has had a big impact on me. The incident was not under the responsibility of my own response area at the time, but we were involved in it and alerted rescue personnel.”

Receiving positive feedback in the work of an ERC Operator is very rare, as work on the phone ends when the helpers reach the site of the emergency. In cases requiring first aid, it is often revealed to the person requesting assistance that the ERC Operator plays a big role in the chain of assistance, and it is not just an answering machine at the other end of the line, but a trained representative of the security authority.

Margareta’s most memorable cases are related exactly to such events of receiving unexpected feedback.

“I answered an emergency call for a case where a father had gone lifeless. I instructed an underage child in performing CPR while I called for assistance to arrive at the scene. The family later contacted the Emergency Response Centre and wanted to thank me for my involvement. That’s when I thought that who would be thinking about the ERC Operator when they’ve had a serious emergency in the family.”

In the physician-staffed unit at the time, the emergency medical service physician announced on the channel that a beauty just like you operators has just been born. The physician was so kind as to give us at the Emergency Response Centre the credit for the beautiful event.

“Another memorable thank you came after a snowy and frosty night when I took a call about a woman in labour, began giving out instructions and alerting help on the scene. That was a case when the whole situation was handled nicely within a few minutes. In the physician-staffed unit at the time, the emergency medical service physician announced on the channel that a beauty just like you operators has just been born. The physician was so kind as to give us at the Emergency Response Centre the credit for the beautiful event.”

Nearly 3 million emergency calls are submitted to the national emergency number every year. This number includes a very wide range of different callers. Margareta points out that the best result can be achieved from the point of view of all those involved when the caller answers the questions of the ERC Operator and listens to the instructions provided. Social media has provided better possibilities than before for instructing citizens, so she gives a tip for people to follow the social media channels of the Emergency Response Centre Agency.

Finally, Margareta, who has had a long career at the Emergency Response Centre, explains what has motivated her in her work with the 112 emergency services all these years.

“The fact that you are able to help. Many times, the people I meet say – Wow, you’re doing a great job and you also get to wear a uniform. It gives you strength.”

“I would also like to send warm greetings to all my former colleagues, to the students and instructors of the emergency response centre course at Pelastusopisto – Emergency Services Academy Finland and, of course, to all the colleagues all around Finland. Let’s continue to do this important work in good spirits.”

In 2001, a new government agency was established: The Emergency Response Centre Agency. At that time, a unique emergency response centre service was established in Finland, where one agency receives all emergency calls via a single national emergency number, processes the data and alerts the necessary units utilising the same information system. Prior to the Emergency Response Centre Agency, emergency calls were answered at several municipal local emergency centres and various emergency numbers for the operators in the different sectors.