Drivers: keep these things in mind this Christmas

As the holiday season approaches, we would like to remind all motorists about the basic safety of holiday traffic to ensure that there are no accidents this Christmas. Fintraffic´s Road Traffic Management, the National Police Board, the Finnish Transport and Communications Agency Traficom, the Ministry of the Interior Department for Rescue Services, the Emergency Response Centre Agency and the Finnish Road Safety Council will look after the safety of holiday traffic again this year and wish everyone a very safe journey.

Helping callers in their own language during an emergency

The official transmission system for public safety announcements will be tested again on the national emergency number day 11 February 2022 at 11:20 a.m.

112 Day is a Finnish nationwide campaign to raise people’s awareness of what everyday safety is and how it can be promoted. 112 Day has traditionally been a joint event for different safety authorities, organisations and volunteers. Every year, local events are organised across the country and people are actively campaigning on social media.

Helping callers in their own language during an emergency 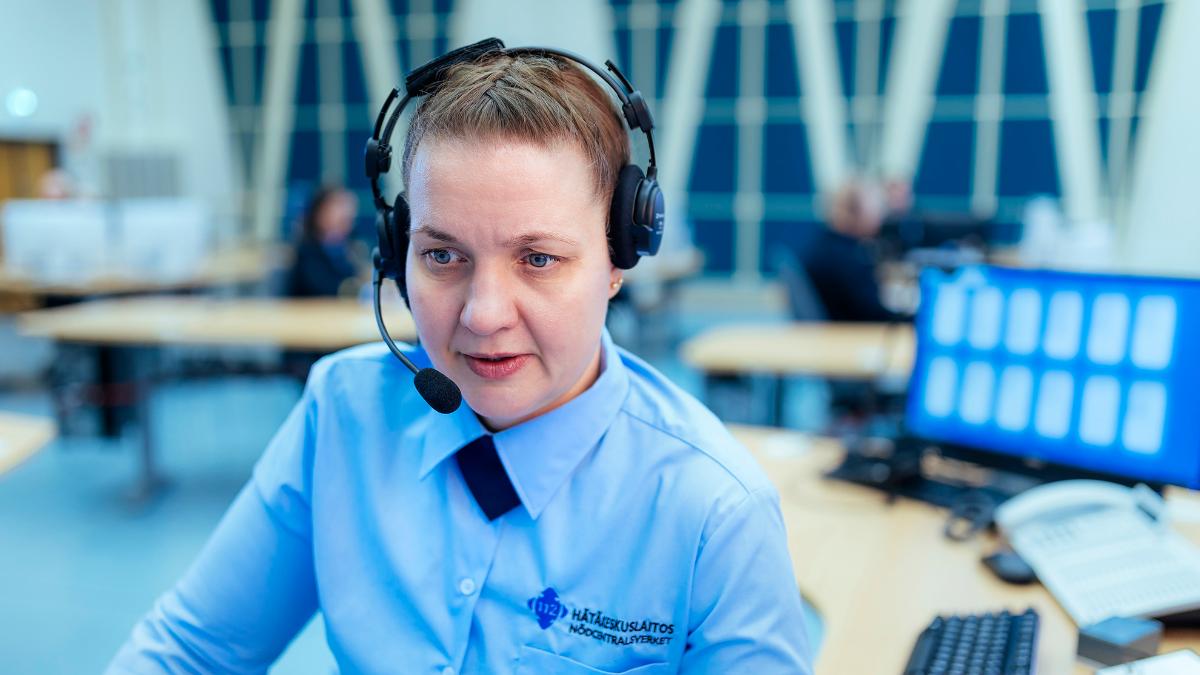 – The challenge with the service is that the operator must find out the language to be interpreted as quickly as possible in order to find the right interpreter. It is important that the caller wait for the interpreter to be reached and not hang up the call in the middle of the conversation. However, often the caller's family member, usually a child, speaks Finnish or at least English, so they can help with the emergency call. This can speed up the process of getting help, says Tommi Hopearuoho, Head of Quality at the Emergency Response Centre Agency.

ERC operators can use the interpretation service in 84 different languages. Over the years, the main need for interpretation has focused on Russian and Arabic, which have been the most widely interpreted languages this year too.

In the first half of 2022, the interpretation service was used 217 times and the service included 20 languages. By far the most common language to be interpreted was Russian, with 134 instances. The second most interpreted language was Arabic (26), followed by Ukrainian (12). During the entire year 2021, 169 interpretations were made in Russian, 36 in Arabic and 3 in Ukrainian. Other languages interpreted between January and June this year included Estonian, Persian, French, Somali, Spanish, Dari, Sorani, Mandarin, Albanian, Italian, Cantonese, Latvian, Polish, Romanian, German, Czech and Uyghur.

Emergencies can also be reported by sending a text message to the emergency number 112. The use of emergency text messages is primarily aimed at people who cannot hear or produce speech, but the service is available to anyone who has registered their number in advance.

– However, a call is always a safer option than a text message, as receiving information about the emergency is slower with text messages, there may be delays in delivering text messages, and messages can also go undelivered, Hopearuoho says.

In June 2021, Kela and the Emergency Response Centre Agency launched a pilot project to allow people to make emergency calls in Finnish sign language using the 112 Suomi application. The pilot will run until the end of 2022.

– The interpretation service and various technical solutions help us to offer help to everyone as quickly as possible and to focus on equality, says Hopearuoho.

Drivers: keep these things in mind this Christmas